Who Really Rules The World ? – The Bilderberg Group Documentary

The Bilderberg Group have been the foundation topic for ‘Conspiracy Theorists’ for decades and up until just recently the organisation’s existence has been denied by the Governments and state funded media. But with the uprising of social media and the resulting social justice community their existence has now had to be revealed.

The Bilderberg Group now even had to give a certain amount of (false) transparency with meetings and their meeting schedules announced on www.bilderbergmeetings.org

According to The Bilderberg Website this is what they are all about:

The first meeting took place in Hotel De Bilderberg in Oosterbeek, Netherlands, from 29 to 31 May 1954. Representatives from economic, social, political and cultural fields were invited to hold informal discussions to help create a better understanding of the complex forces and major trends affecting Western nations in the difficult post-war period.

Throughout the years, the annual meetings have become a forum for discussion on a wide range of topics – from trade to jobs, from monetary policy to investment and from ecological challenges to the task of promoting international security. In the context of a globalised world, it is hard to think of any issue in either Europe or North America that could be tackled unilaterally.

This Documentary goes deeper into those behind the creation of The Bilderberg Group and what it’s real agenda is. 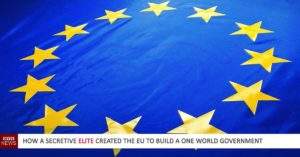