An interesting Documentary which is claimed to be originally sourced from North Korean defectors in Seoul. Here is the statement that was given by the translator and original uploader of this Documentary:

Here is the formal statement I gave to Federal Police on 16 June 2012:

On a trip to visit family in Seoul in April, I was approached by a man and a woman who claimed to be North Korean defectors. They presented me with a DVD that recently came into their possession and asked me to translate it. They also asked me to post the completed film on the Internet so that it could reach a worldwide audience. I believed what I was told and an agreement was made to protect their identities (and mine).

Despite my concerns about what I was viewing when I returned home, I proceeded to translate and post the film on YouTube because of the film’s extraordinary content. I have now made public my belief that this film was never intended for a domestic audience in the DPRK. Instead, I believe that these people, who presented themselves as ‘defectors’ specifically targeted me because of my reputation as a translator and interpreter.

Furthermore, I now believe these people work for the DPRK. The fact that I have continued to translate and post the film in spite of this belief does not make me complicit in their intention to spread their ideology. I chose to keep posting this film because – regardless of who made it – I believe people should see it because of the issues it raises and I stand by my right to post it for people to share and discuss freely with each other.

I have translated this film, laid in the English voice over and subtitles, and on legal advice have blurred the identity of the presenter and/or blacked out certain elements.

I’ll let you decide whether this is a true representation of the Wests propaganda agenda or North Korean propaganda in itself. 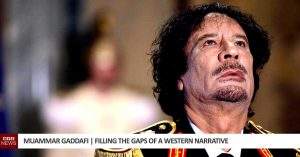