We may be quick to blame secret organizations, greedy corporations and corrupt politicians for the state of the environment and economy.

The harsh truth is that the world is in its current state because humanity, as a world-wide population, is evolving and taking the world with it.

We all now stand at the precipice of the greatest disaster mankind has ever known or it can be a great moment of mass awakening. From the legends of ancient shamanic tribes through the annals of organized religion, subtle clues of our salvation have been left for us to discover.

Quantum science and metaphysics are confirming what these ancients knew all along, and these secrets to mankind’s salvation are just beginning to be revealed.

Will you make the tough choice to make personal changes for the benefit of all or allow the collective end of mankind to pass with a faint whimper.

Nothing goes through an evolutionary process alone or without direct benefit to the whole. So when you begin to think that there’s this controlling elite, this controlling hand behind the curtains leading the planet to destruction…

When you think the end is near, the apocalypse, Armageddon, and when you think we as a species are doomed, it is not they, it is you that brought this about, and for a very good reason. You are evolving.

Stop blaming everybody and everything else. Quit panicking about global tyranny and natural disaster and pay attention, because the world is telling you something; it tells you exactly what is wrong with you and how to fix it.’

The prequel to this Documentary entitled ‘The Esoteric Agenda‘ is another worthwhile watch. 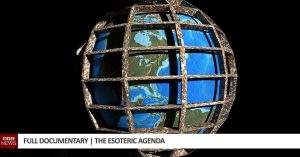 Ceribalius is a pseudonym used by one of our writers, he/she is a digtial nomad and dedicated fighter of freedom and liberty. If there is something that needs saying which no one else is, he/she is the one to do it.
Subscribe
1 Comment
Most Voted
Newest Oldest
Inline Feedbacks
View all comments

Sooo right about our own shortcoming, we got to start with ourselves, and don’t have a blind spot about it, we better do it now!!!