Documentary | Rule From The Shadows – The Psychology Of Power – Part 1

The pursuit for dominance is the primary propellant of history, always has been, always will be. Those who don’t identify this assumption are not excused in the grand chess game, but instead are displaced and exploited by forces they do not comprehend.

From the aspect of those who rule the board it is unmistakably desirable to have a populace of unaware pawns than it is to have a bunch of adversaries who can escalate an effective battle. To that end it has always been preferable for the rulers to build up illusions which conceal the true nature of the game.

Walter Lippmann explained the “manufacture of consent” as an innovation in the usage of democracy. Basically it’s a method of domination, and he said this was beneficial and essential because the prevailing interests, the accepted concerns of the population elude the public. Lippmann wasn’t theorizing, nor was he explaining anomaly that he had observed from far away, he was part of that particular class and he directly affected the evolution of this new method of control.

So what was this new method that Lippmann was alluding to? The answer to that inquiry takes us back to the dawn of World War I. In 1917 Woodrow Wilson assembled the Committee on Public Information, also known as the CPI. It was a disinformation bureau and its goal was to boost war approval among the American people. The CPI, controlled by a man named George Creel, was known for its vulgar approach, blatant overstatements and outright deceptions.

However one representative of the CPI, Edward Bernays, had a much more sophisticated approach. Instead of using nonintellectual tactics Bernays analyzed the psychology of the American people, then according to his scrutiny he conceived a campaign to advocate the idea that America’s function in the war was to: “make the world safe for democracy.” 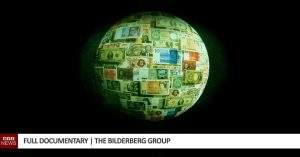