SEC Shoots Down Bitcoin ETF Bid On The Basis Of Fraud Since 2013, Cameron and Tyler Winklevoss have been awaiting this decision from the SEC on the future of Bitcoin. To quickly summarise here is an excerpt from Coindesk:

Before getting into the story of the bitcoin ETF’s early days, it might help to understand who Tyler and Cameron Winklevoss are exactly.

Both graduates from Harvard University, the two took part in the 2008 Beijing Olympics in the men’s rowing competition, where they advanced to the finals and ultimately scored sixth place, according to ESPN. 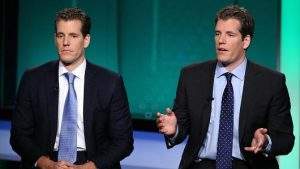 Another major event in their pre-bitcoin days was the now-infamous legal battle with Facebook founder Mark Zuckerberg, documented in the 2010 film The Social Network. While at Harvard, the Winklevosses conceived a social network, ultimately dubbed ConnectU, for which they began working with Zuckerberg. Yet Zuckerberg soon opened the well-known Facebook platform, sparking the legal fight that resulted in a $65m settlement.

Yet it was their bet on bitcoin – which they revealed in early 2013 – that set them on the course toward this week’s SEC decision. Amassing a considerable amount of coins, the two perhaps represented an early voice of confidence in the digital currency among mainstream investors.

Several months later, their first S-1 was filed with the SEC, formally registering their intention to launch an ETF tied to bitcoin.

Road To The ETF

It was in that initial filing that the fundamental argument for the ETF’s existence was first put forward. Simply put, the product was pitched as a way for more seasoned investors to gain exposure to bitcoin without having to purchase and hold the digital currency.

As explained in the filing:

“The investment objective of the Trust is for the Shares to reflect the performance of the Blended Bitcoin Price of Bitcoins, less the expenses of the Trust’s operations. The Shares are designed for investors seeking a cost-effective and convenient means to gain exposure to Bitcoins with minimal credit risk.”

Then, like many other things in the bitcoin space, the collapse of Japan-based bitcoin exchange Mt Gox triggered a small but meaningful change in how the ETF would be constructed. Mt Gox was once the world’s most voluminous bitcoin exchange before it fell apart amid accusations of fraud, leading to the eventual arrest of its CEO last year.

In the aftermath of the Gox failure, an amendment was filed to the ETF’s S-1 which changed the price index which the ETF would use to determine the price of a bitcoin. The proprietary Winkdex was adopted, replacing the old model based on weighted average prices of several bitcoin exchanges.

The duo confirmed, in a follow-up filing in 2014, their initial intention to list the ETF on the NASDAQ OMX exchange. The ticker symbol “COIN” – a tip of the hat to the digital currency – was first disclosed at this time.

That filing also added new risk factors related to the ETF, including the potential for a so-called 51% mining attack on the bitcoin network.

Well today was the day and now the verdict has been given:

“As discussed further below, the Commission is disapproving this proposed rule change because it does not find the proposal to be consistent with Section 6(b)(5) of the Exchange Act, which requires, among other things, that the rules of a national securities exchange be designed to prevent fraudulent and manipulative acts and practices and to protect investors and the public interest.”

So it has been rejected primarily on the basis that Bitcoin can be used in fraudulent ways. Is this not true of all fiat money also?

In fact, is it not fair to say that Fiat money and the banking system that surrounds it is probably the most fraudulent institution on earth. Banks are the root cause of just about all problems within Human society.

The immediate effect of this decision as you’d expect was a mass sell up from traders, however, this was relatively short lived and has since risen back up to around $1100:

In a way this result is good news, it gives me much delight to know that it is an unwanted form of exchange. It is by no means perfect, but it is outside the control of the Banking system.

Wait a couple days for the markets to settle on Bitcoin and it may well be worth buying in while the price is slightly lower. 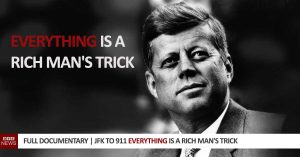