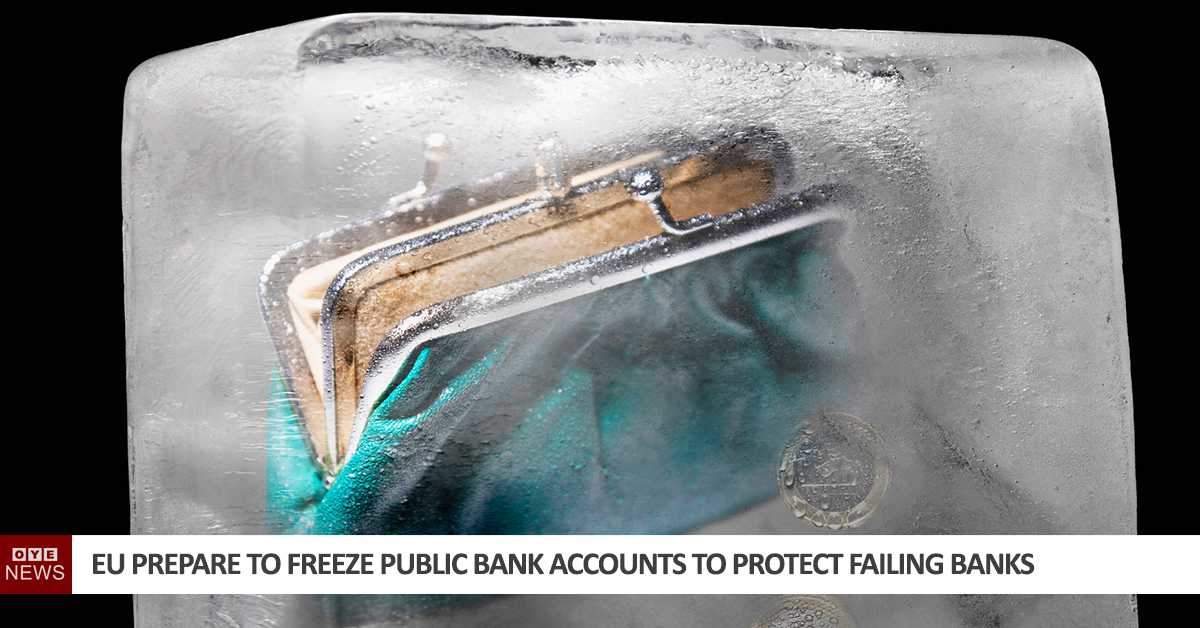 European Union states are looking at ways to protect the banking empire to which it serves by freezing the public’s bank accounts to prevent bank runs, Reuters reports:

European Union states are considering measures which would allow them to temporarily stop people withdrawing money from their accounts to prevent bank runs, an EU document reviewed by Reuters revealed.

The move is aimed at helping rescue lenders that are deemed failing or likely to fail, but critics say it could hit confidence and might even hasten withdrawals at the first rumours of a bank being in trouble.

The proposal, which has been in the works since the beginning of this year, comes less than two months after a run on deposits at Banco Popular contributed to the collapse of the Spanish lender.

This type of action is nothing new and has already occurred sporadically over the last few years, HSBC changed policy without notice to stop customers from withdrawing amounts exceeding £5000 unless they could provide a valid reason for wanting their own cash!

Some HSBC customers have been prevented from withdrawing large amounts of cash because they could not provide evidence of why they wanted it, the BBC has learnt.

Listeners have told Radio 4’s Money Box they were stopped from withdrawing amounts ranging from £5,000 to £10,000.

HSBC admitted it has not informed customers of the change in policy, which was implemented in November.

Many experts now believe the entire World is on the brink of economic collapse and the power structure is rapidly looking into ways to how to prevent their structure from collapsing with it. The following article which we published last year warned of the up and coming collapse:

Warning – Banks Preparing to Perform the Greatest Heist in History

It is so important that you protect yourself from the imminent collapse as your money will not be safe, if it is held in a bank don’t expect it till be kept safe – in fact your money will be used to bail the banks out, now known as a ‘Bail in’.

The Enslavement Of Society By The Fraudulent Banking Elite