The World we are living in is changing beyond recognition through each generation, in the last few years alone we have heard of the possibility of living on Mars within our lifetimes.

Well, this may not quite be out of the World living, but it’s definitely a new way of living within this World. Seasteading was founded by Wayne Gramlich and Patri Friedman on April 15, 2008, is an organisation formed to facilitate the establishment of autonomous, mobile communities on seaborne platforms operating in international waters.

From their own website seasteading.org here is what they have to say about their mission: At The Seasteading Institute, we work to enable seasteading communities – floating cities – which will allow the next generation of pioneers to peacefully test new ideas for government. The most successful can then inspire change in governments around the world.

We believe the first key step is for seasteading to become not just possible, but sustainable – technologically, legally, and financially.

In other words, the cost of living on the ocean must be low enough, and the business opportunities promising enough, such that there is an economic incentive for people to live on seasteads. Currently, the high cost of open ocean engineering serves as a large barrier to entry, and hinders entrepreneurship in international waters.

This has led us to look for cost-reducing solutions within the territorial waters of a host nation, while still remaining dedicated to the goal of obtaining political autonomy for governmental experiments.

Therefore, our plan entails negotiating with a host nation for maximum autonomy for a seastead in exchange for the economic and social benefits it could provide. This will allow for a proof-of-concept, and will hopefully spawn many more experiments with floating cities around the world, including those further offshore, and under different legal arrangements.

This dream has just gone one step closer to reality, January 13th, 2017 the Seastead Institute signed a deal with French Polynesia that lays the legal groundwork for the world’s first semi-autonomous floating city-state.

French Polynesia is a cluster of more than 100 islands in the South Pacific, the biggest and best-known being Tahiti. Like other coastal and island nations in the Pacific, French Polynesia is courting investment in the so-called “blue economy,” the sustainable development of offshore energy production, wild-catch fisheries, aquaculture and tourism.

The Polynesians are less interested in the seasteaders libertarian politics than their promise of delivering a high-tech floating village that will not only provide jobs for Polynesian workers, but attract investment dollars for Polynesian entrepreneurs.

The future has some very interesting and fascinating surprises in store for us, but regardless of where we live and on what type of terrain we live we will still be tied down by the laws and structures that our Government imposes upon us. Floating cities could possibly allow some flexibility in this issue as the residence will have the ability to move Government boundaries and thus switch the laws to which it must adhere to, but it is not any closer to the freedom we all entitled to. 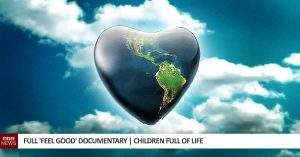