Theresa May has only been in office for a few months, but it’s been clear from the outset that she is nothing more than a mouthpiece for her Corporate Interests.

Back in August the Conservative Government announced incentives for accepting Fracking, from the Dailymail:

Environmental campaigners have accused the Prime Minister of trying to bribe the public with plans for five-figure payouts in return for allowing fracking.

The Lottery-style ‘Frackpot’ windfall scheme, to be unveiled by Theresa May tomorrow, involves paying individual householders cash sums – which could be as high as £13,000 – if they are living in areas where the gas can be extracted.

But green campaigners condemned the plans and said Mrs May was trying to ‘sweeten the fracking pill’ in light of increasing opposition.

It seems the bribery wasn’t quite enough to convince people to allow Fracking in their area, so instead they just overturn decisions made in Local Authorities:

The Government has overturned a decision to refuse planning permission for fracking of shale gas in Lancashire.

Ahead of the announcement by the Department for Communities and Local Government (DCLG), Friends of the Earth released documents showing one of two proposed sites had been given planning permission, despite local opposition.

But the company behind the project, Cuadrilla, then appealed to the Government. [source]

This is placing the needs of Corporations before our so-called democracy, and voters. 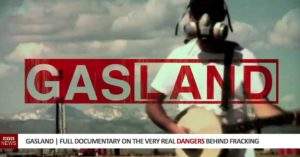