Wikileaks Vault7 | The CIA Are Hacking Your TV, Your Phone, Your PC, Your Life In Wikileaks latest major leaks tagged ‘Vault7′, we see to what extent the CIA have hijacked modern technology. From Mobile Phones to your Television – Assume you are never alone.

The alleged cyber-weapons are said to include malware that targets Windows, Android, iOS, OSX and Linux computers as well as internet routers.

Some of the software is reported to have been developed in-house, but the UK’s MI5 agency is said to have helped build a spyware attack for Samsung TVs.

The effort to compromise Samsung’s F8000 range of smart TVs was codenamed Weeping Angel, according to documents dated June 2014.

They describe the creation of a “fake-off” mode, designed to fool users into believing that their screens had been switched off.

Instead, the documents indicate, infected sets were made to covertly record audio, which would later be transferred over the internet to CIA computer servers once the TVs were fully switched back on, allowing their wi-fi links to re-establish.

Under a “future work” section, it is suggested that video snapshots might also be taken and the wi-fi limitation be overcome. [Source]

Evidence mounts showing CIA & FBI knew about catastrophic weaknesses in the most-used smartphones in America, but kept them open — to spy. https://t.co/mDyVred3H8

Nothing is safe from the eyes of the overseers, even encrypted messaging services such as WhatsApp and Wiebo are compromised, RT News reports:

Such tools and techniques allow the CIA to hack social media platforms such as WhatsApp, Signal, Telegram, Wiebo, Confide and Cloackman before encryption can be applied, WikiLeaks claims in the statement on their website.

The time period covered in the latest leak is 2013 to 2016, according to the CIA timestamps on the documents themselves.

The leaked documents released by Wikileaks can be found [here] 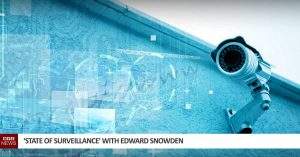