Black seed oil (Nigella sativa) is bursting with health benefits, so much so that not even the medical industry can deny its health benefits. With over 600 peer-reviewed studies, this is something everybody should have in their cupboard!

From Wikipedia here is a quick description of the plant: Nigella sativa grows to 20–30 cm (7.9–11.8 in) tall, with finely divided, linear (but not thread-like) leaves. The flowers are delicate, and usually colored pale blue and white, with five to ten petals.

The black caraway fruit is a large and inflated capsule composed of three to seven united follicles, each containing numerous seeds which are used as spice, sometimes as a replacement for black cumin (Bunium bulbocastanum).

The best article we could find on this amazing plant was from Dr. Axe, he clearly states the seven major health benefits that Black seed oil has to offer. Below we have taken the highlights of his article, for the full article goto his website here at draxe.com:

Quite possibly, the most promising research has been done connecting Nigella sativa to multi-drug resistant bacteria. This is a real big deal because these so-called “superbugs” are becoming a significant public health risk. According to the National Institute of Health: (2)

A study conducted by Jawaharlal Nehru Medical College researchers set out to determine just how potent black seed oil against some of these superbugs and pared it against several antibiotics such as Amoxicillin, Gatifloxacin and Tetracycline. According to the study,

“Out of 144 strains tested, most of which were resistant to a number of antibiotics, 97 were inhibited by the oil of black cumin!”

The article goes on to list the seven major health benefits of the plant:

Croatian scientists evaluated the antitumor activity of thymoquinone and thymohydroquinone in mice and discovered that the two phytochemicals in black seed oil can resulted in 52% decrease in tumor cells! (10)

The liver is one of the most important organs in the body. Nearly every toxin gets processed through the liver, and the bile from the liver is the key to digesting fats and keeping your mind and body happy and healthy. For those that have struggled with poor liver function due to medication side effects, alcohol consumption, or disease, black seed oil could greatly speed the healing process. In a recent study scientists discovered that black seed oil benefits the function of the liver and helps prevent both damage and disease.

Explained in a recent article published by the Journal of Endocrinology and Metabolism, researchers from the Indian Council of Medical Research highlight that black seed oil “causes gradual partial regeneration of pancreatic beta-cells, increases the lowered serum insulin concentrations and decreases the elevated serum glucose.” (13) This is actually quite profound because Nigella sativa is one of the few substances on the planet that is suggested to help prevent both type 1 and type 2 diabetes. 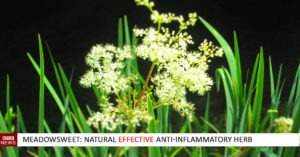 The Journal of Diabetes and Metabolic Disorders published a study last June systemically reviewing the literature for plants that have anti-obesity properties and discovered that black seed oil was amongst the most effective natural remedies on the planet.

Probably one of the most unique black seed oil benefits is its uncanny ability to help restore hair loss. No one quite understands why it happens, but it’s not too hard to guess that it has something to do with its powerful antioxidant and antimicrobial properties. By strengthening hair follicles, there is very good reason to see how black seed oil can help promote strengthened hair roots.

Produced in the retina, choroid and epidermis, melanin are pigments that protect the skin from damage. You probably are most family with it being the main chemical responsible for giving our eyes and skin their individual color. Known to promote and inhibit melanogenesis (melanin production), black seed oil benefits on the skin and other cells are profoundly healing.

Of all the superbugs that black seed oil can kill, Methicillin resistant Staphylococcus aureus (MRSA) is one of the most important. MRSA is plaguing hospitals and nursing homes across the globe because ordinary staph infections are becoming resistant to generic antibiotics. The elderly population is especially at risk because it is generally associated with invasive procedures such as surgeries, intravenous tubing, and artificial joints. (20) Primarily due to weakened immunity, the growing population of senior citizens has made MRSA a global public health risk.

Thankfully, one of the strongest black seed oil benefits comes to the rescue.  Pakistan scientists took several strains of MRSA and discovered that each one was sensitive to N. Sativa, proving that black seed oil can help slow down or stop MRSA from spreading out of control. (21)

One of the most recognised health benefits though strangely has not been mentioned by Dr. Axe in his article, and that is its bronchial benefits, particularly Asthma. Even the defender and protector of state medicine, Wikipedia recognise this:

The most trials, and those of the best quality to date, provide preliminary support for its use in asthma (for both prevention and treatment of acute attacks)