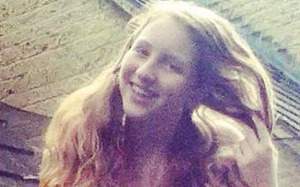 A mother claims a Wi-Fi allergy killed her daughter and is accusing an Oxfordshire school of failing to safeguard children against the physical effects of wireless technology, an inquest has heard.

Jenny Fry, 15, was found in woodland near her home in Chadlington, on June 11 this year after texting a friend telling her she would not be going to school and intended to kill herself.

An inquest heard the teenager was intelligent and organised but that her life had been made a misery due to the prolonged effects of a condition known as electro-hypersensitivity (EHS).

“Wi-Fi and children do not mix. Much more research needs to be done into this because I believe that Wi-Fi killed my daughter,”
Mrs Fry, Jenny’s mother

Mrs Fry told Oxfordshire Coroners’ Court that Jenny had started showing signs of EHS in November 2012 and that the closer she was to a wireless router, the worse she felt.

“Jenny was getting ill and so was I” said Mrs Fry. “I did some research and found how dangerous Wi-Fi could be so I had it taken out of the house.

“Both Jenny and I were fine at home but Jenny continued to be ill at school in certain areas.