Before we get into LBRY and their new Odysee platform, it’s important to talk about censorship, as this is a critical part of what makes LBRY so important.

Censorship has become one of the ‘new normals’ in society. Over the past two years, big-tech has made it their business to determine what information is safe for human consumption.

The minds of the global population is a very powerful tool, and there is a mad rush to harness this powerful tool by various entities. From what you buy to who you vote for, nothing you do is off limits and all can be easily influenced in the age of Internet.

Over the past couple years we have seen a massive increase in censorship on the Internet. Unwanted voices, voices that contradict the views and narratives of the major platforms and their state masters are being shut down at an exponential rate.

In recent years the internet has been monopolised by just a handful of companies. Censorship has become a very effective way of controlling the narrative of World events and public opinion.

Shutting down the flow of information, opinion and discussion regardless of whether it’s right or wrong is a very dangerous path to go down, it can only ever be at a detrimental effect to society.

In the UK, some suggest that sharing some types of content online should be made illegal:

Spreading anti-vaccine conspiracy theories online should be a crime, according to some of Britain’s top scientists. – Daily Mail[1]

But who decides what a conspiracy theory is, and even outright ridiculous nonsense has a place in the flow of information. Bad information needs to be quashed by good information, not censorship.

False claims that the vaccine contains microchips or is being tested on people without their consent will be removed. – The Independent[2]

This is a perfect example of why censorship is so dangerous, because the latter part of this statement is absolutely true. From the same publication almost a decade before:

The recruitment of hundreds of tribal girls without parental consent for an immunisation study sponsored by the Bill and Melinda Gates Foundation on the nod of the warden of their government hostel. Several girls subsequently died. The study was halted by the federal authorities. – The Independent[3]

I covered the topic of censorship in depth in a previous article HERE[4], it’s well worth a read if you’re interested in the topic.

So how is the best way to circumvent this rampant rise in censorship?

On the surface LBRY is a platform for sharing content in all forms across the internet, content creators can earn revenue using the platform’s own native cryptocurrency, LBRY Credits – LBC.

However, what separates LBRY from a traditional content sharing platform is what’s going on under the hood.

Content is not held in any one specific place, similar to BitTorrent when a content creator shares their media the content remains on their system, the LBRY blockchain makes a reference of the location of this file on the network and when another user watches the content they too hold a copy of the file.

This allows all media to become decentralised as a single media clip spreads out across the World over the LBRY network.

All other data is held on the LBRY blockchain, which is also fully decentralised using a distributed ledger-based on the Bitcoin blockchain. This ensures there is no single point of failure, and upholds the promise of censorship resistance.

Using the power of blockchain and LBRY’s unique LBRY:// protocol content creators now have a safe haven to upload content and share and protect from the ever-increasing internet censorship we are facing.

Content does not rely on your third-party servers, if platforms distributing LBRY content, such as Odysee go down or get taken offline you can use the LBRY Application which can be downloaded HERE.

Using the LBRY:// protocol, speech is forever embedded into history.

Odysee is the new front end platform utilizing the LBRY protocol, it is a revamp of the LBRY.TV frontend offering a superior user experience.

So, let’s take a look at who there is to watch over on Odysee 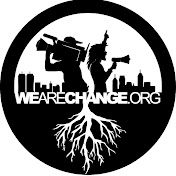 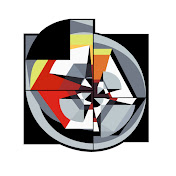 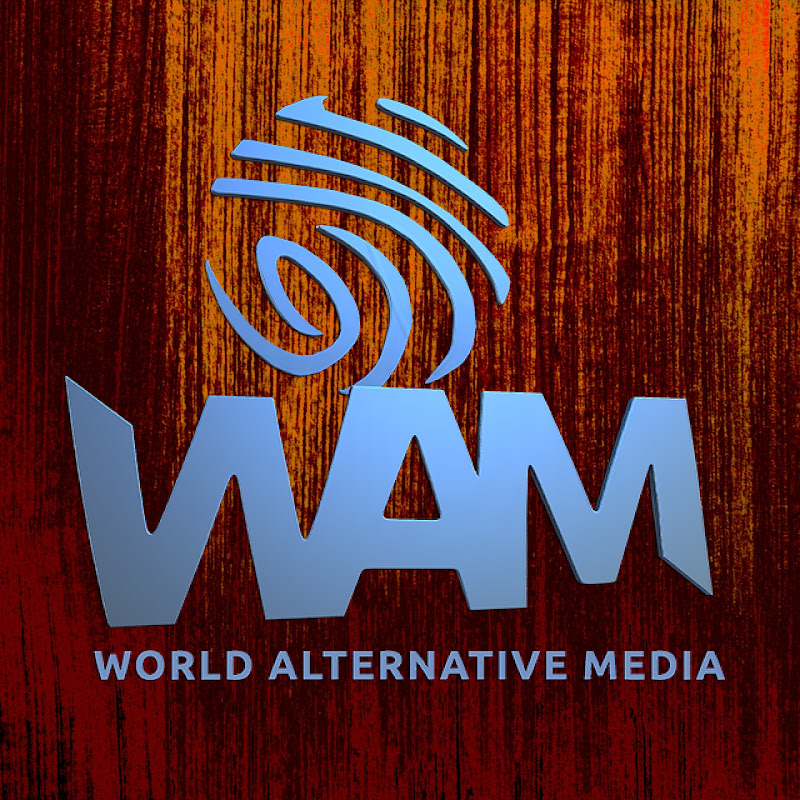 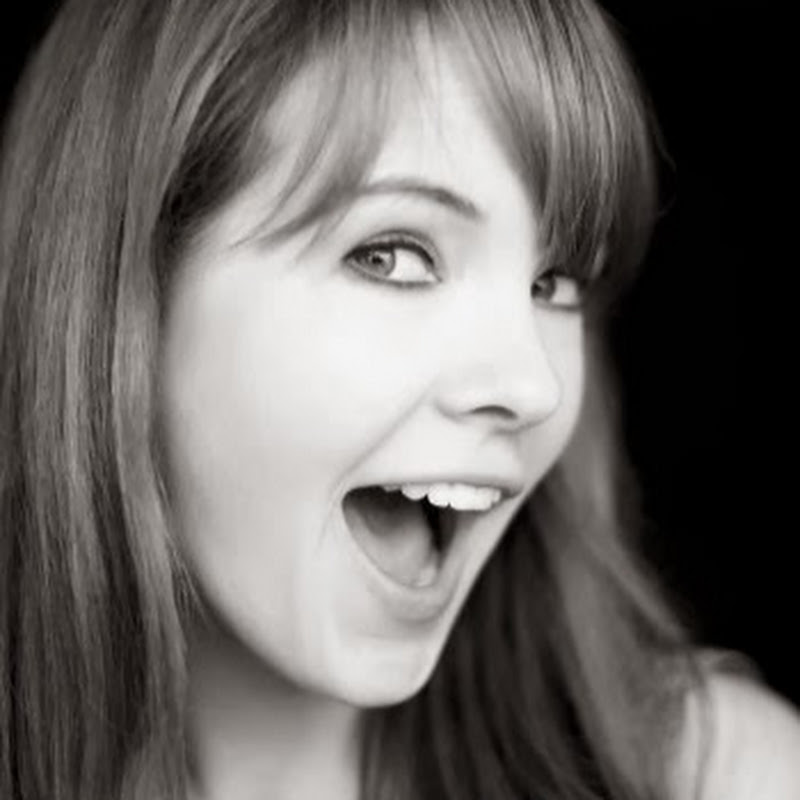 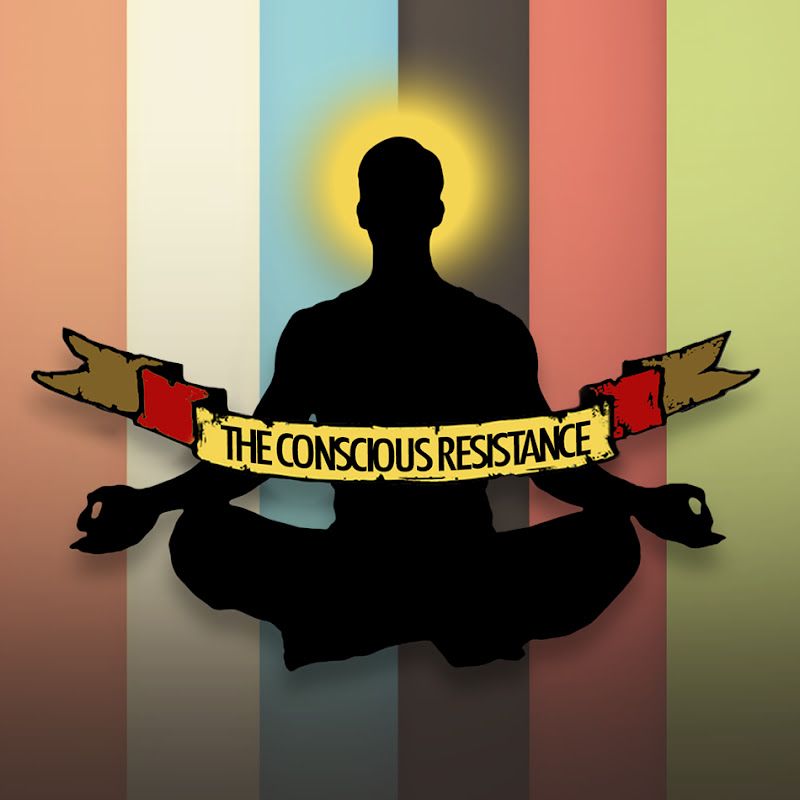 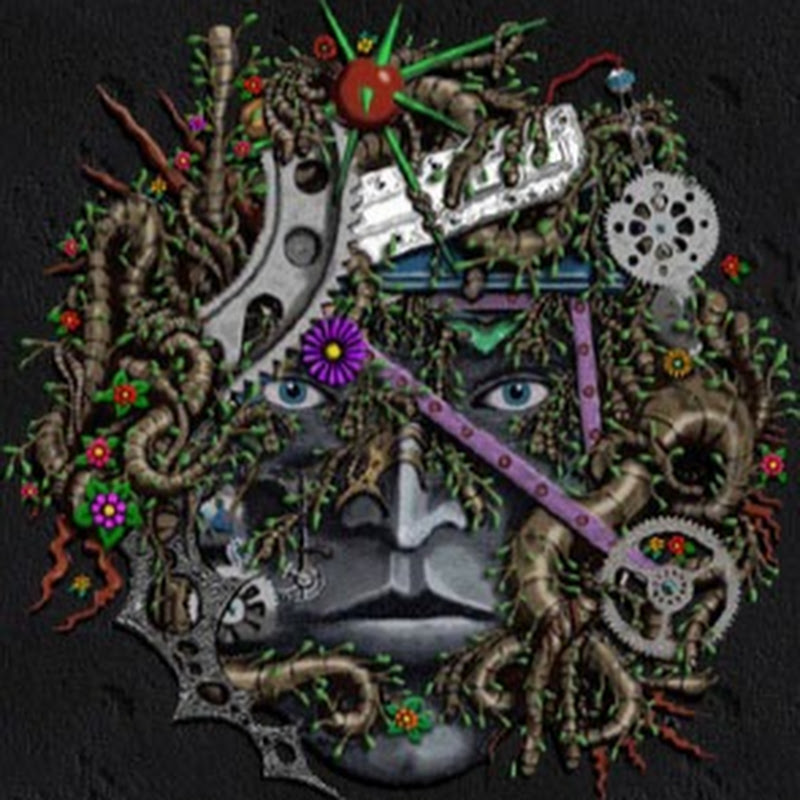 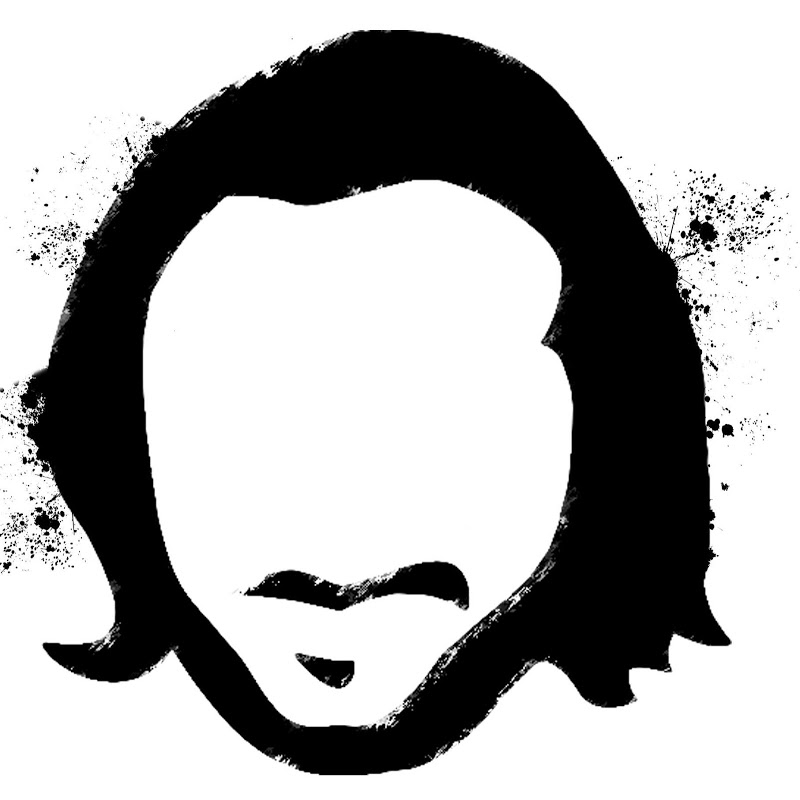 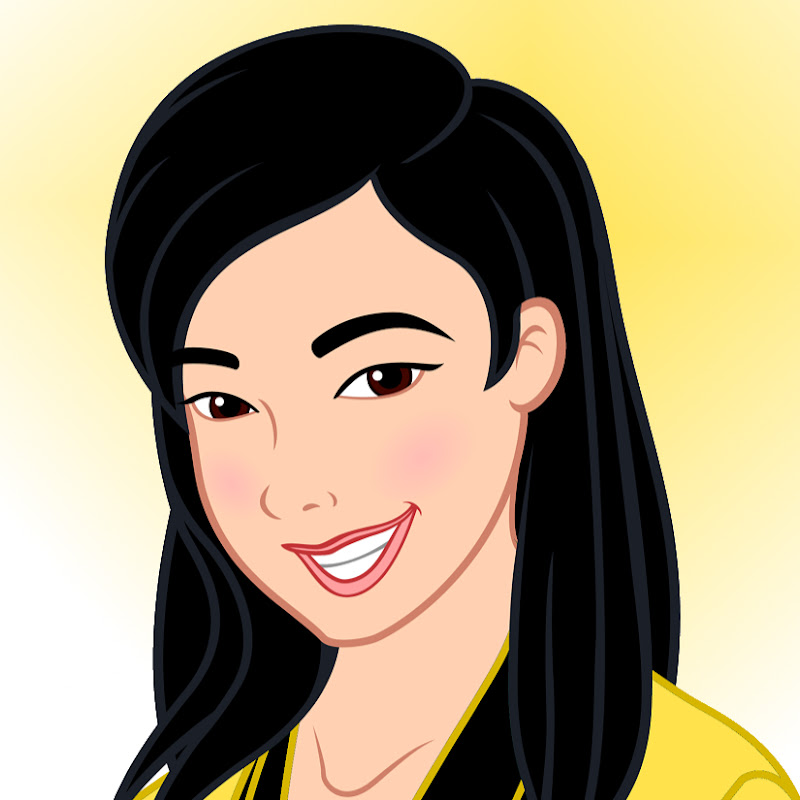 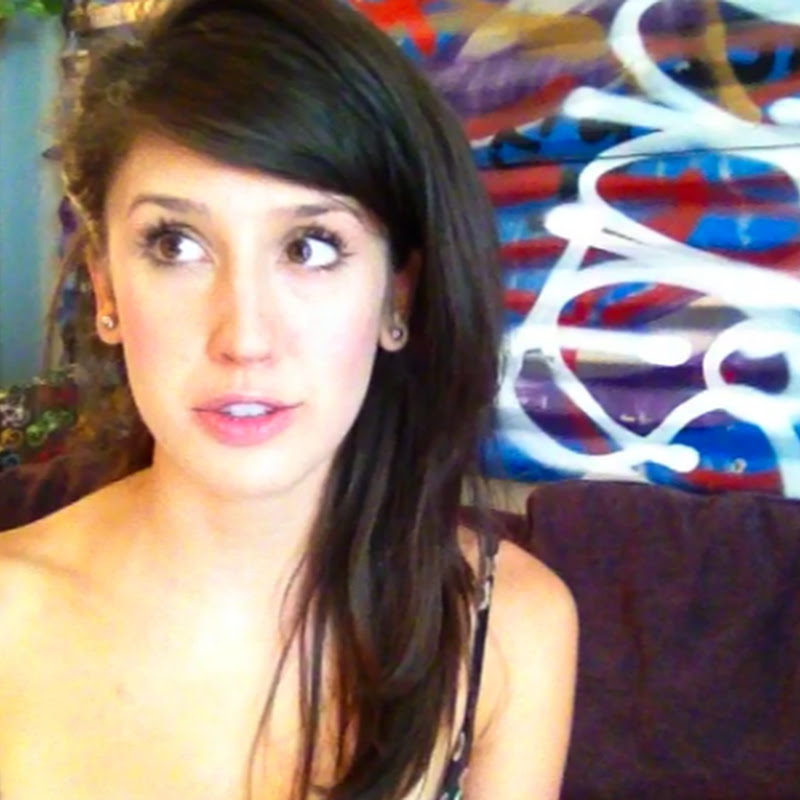 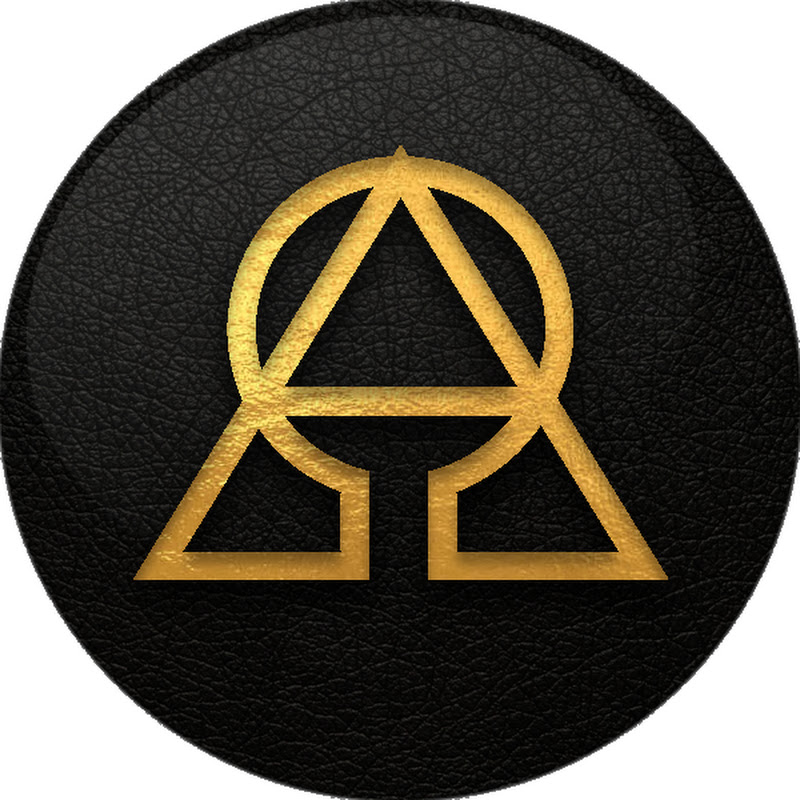 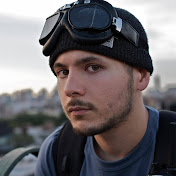 More and more content creators are turning to Odysee every day in an effort to protect their speech.

I urge you all to support both the platform and the content creators. Censorship is not going away, and it’s only going to get worse without the support of you, the viewer.

Chad Hurley, Steve Chen and Jawed Karim, YouTube’s founders developed YouTube for reasons which we still are unclear of today, the story of its founding according to Chen and Hurley is simply based around a personal need which they couldn’t fulfil online, sharing videos.

What they created in those early days was a place where anyone could post anything they wanted. It was interesting; it was strange; at times, it was outright bizarre. For the first time, the human imagination was unleashed for anyone to watch and share.

But as the platform became more popular, it became more restricted, more censored, until it became what it is now, which is nothing more than corporate and state media.

“If you want to go watch ‘The Daily Show’ or Gordon Ramsay clips, go to YouTube, if you want to watch this crazy, trippy video that a 19-year-old made in their house but it’s super interesting, that’s the kind of stuff that you can find on Odysee.” – Techcrunch[5]

If you are interested to see who uses LBRY and what the top ranking channels are, along with many fascinating statistics, check out LBRYnomics[6]. It is so very important right now that we support the right to our free speech. Governments and big tech are systematically destroying it as I write this with far more censorship in the pipeline.

This will not go away, YouTube isn’t going to backtrack and decide they made some poor decisions. YouTube is nothing more than another arm of the state and corporate technocrats.

One of the best ways you can support free speech is by supporting the new platforms that promote it. Currently LBRY via their Odysee platform is the best offering out there to do this.

Give it go, let us know what you think and don’t forget to Subscribe to our Channel

Social networks have become an important part of modern society. They have become the very foundation of how information is transmitted and received...

Facebook and its other sister applications, Instagram and WhatsApp, have been down for the best part of the day. It took some time for Facebook to...

We speak the truth, the whole truth and nothing but the truth. There is no debate, our word is unquestionable. Our word, our truth is all you need...

Dr. Josh Axe who at one point at one time had the largest health page in the World has found himself axed from Facebook (no pun intended). This will...

A video has gone viral which shows the arrest of Zoe Buhler, a pregnant mother of two in Australia, her crime - posting a call to rally for freedom...

It's been quite a week for censorship, only a few days ago we saw one of the greatest purges in free speech since Alex Jones' Infowars was removed....

The takedown of the website follows several Big Tech platforms censoring a viral video from the group. Web hosting platform Squarespace has shut...

Not one week seems to go past without another major attack of censorship being unleashed in an attempt to silence discussion and knowledge. This...

James has been with OYE NEWS from the start, with extensive knowledge across a wide range of subjects his work is diverse. He is essentially an Anarchist and believes in individual freedom and sovereignty.
Subscribe
4 Comments
Most Voted
Newest Oldest
Inline Feedbacks
View all comments

I’m from the UK and when it asks for me to verify my number I get a list of countries with two letters … I’m not sure as to what two letters the UK is listed under ?

Could you please help ? Thankyou : )

The UK area code is +44, you can find this in the drop down box with the letters GB (Great Britain). I hope this helps. James

Hi Michael, In what way are you struggling to connect to odysee? Their website, or specific videos?