Part 12 of the Podesta Wikileaks dump has been released and it has some interesting comments made by long term Clinton confidante Neera Tanden.

Neera Tanden states that Hillary doesn’t seem to know what planet she’s on: 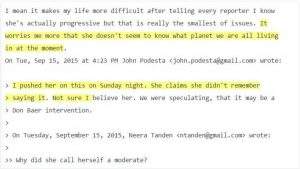 “I pushed her on this on Sunday night. She claims she didn’t remember saying it. Not sure I believe her,” Podesta replies. Tanden insists that the comment has made her job more difficult after “telling every reporter I know she’s actually progressive”.

“It worries me more that she doesn’t seem to know what planet we are all living in at the moment,”

Hillary Clinton’s health has been in the spotlight for some time, and it’s no wonder her behaviour in recent months can only be described as bizarre:

Then we had the recent episode where she was caught on video collapsing on the way to her car and was subsequently diagnosed with Pneumonia. 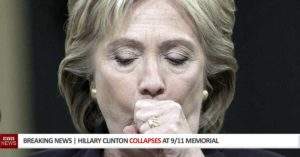