Fear Mongering Propaganda From The Leaders In ‘Fake News’ The BBC have begun 2017 the same way they finished 2016, publishing speculative pointless, fearmongering articles that conclude nothing and expand our knowledge of reality by exactly zero.

The opening sentence of this pointless article from the BBC reads:

The so-called Islamic State (IS) group would be prepared to carry out a chemical weapons attack on the UK, security minister Ben Wallace has said.

So, let’s get this correct – Islamic State ‘would’ use chemical weapons in the UK. Now the next paragraph states:

While no specific plot has been identified, IS has “aspirations” for mass casualty attacks, he said.

OK, so Islamic State ‘would’ use Chemical weapons, but no evidence suggests they are going too. Anyone else a little confused to what the story is here?

IS are psychopaths, this we know. There is very little they wouldn’t do if it meant causing death to Non-Muslims.

Another interesting aspect of this article is how Russia have actually been thrown into the same group of Western Enemies as IS:

Mr Wallace also warned of the “enemy within” – with terror groups, Russia and cyber attackers trying to plant “traitors” in the government, the military and leading businesses.

It could be argued that the BBC are only reporting what Ben Wallace, Security Minister for the UK has said, however as far as we can see there is nothing worth reporting and everything Wallace has said is merely food for fear.

It is up to so-called News agencies like the BBC to either clarify the nonsense as we are here, or just don’t both publishing the article. 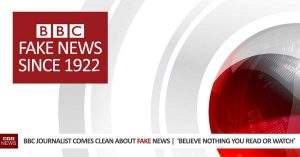