Are the 1% Mostly Eurasian Neanderthals? There is a little Neanderthal in nearly all of us, according to scientists who compared the genetic makeup of humans with that of our closest ancient relatives. But are the 1% aka the elite, more Neanderthal than the rest of us? Read the following information and see if you can see any traits which are shared between the Neanderthals and the psychopathic elite!

Most people living outside Africa can trace up to 4% of their DNA to a Neanderthal origin, a consequence of interbreeding between the two groups after the great migration from the continent.

Anthropologists have long speculated that early humans may have mated with Neanderthals, but the latest study provides the strongest evidence so far, suggesting that such encounters took place around 60,000 years ago in the Fertile Crescent region of the Middle East.

Further analysis revealed that Neanderthals were more closely related to modern humans who left Africa than to the descendants of those who stayed.

Study co-author Dr Konrad Lohse from the University of Edinburgh explained: “our approach can distinguish between two subtly different scenarios that could explain the genetic similarities shared by Neanderthals and modern humans from Europe and Asia.”

Is it a coincidence that the Neanderthals originated and lived in the very same areas as where all the major wars and elite (1%) live or emigrated from?

The first scenario is that Neanderthals occasionally interbred with modern humans after they migrated out of Africa. The alternative scenario is that the humans who left Africa evolved from the same ancestral subpopulation that had previously given rise to the Neanderthals. Genetic evidence indicate while they may have #interbred with non-African modern humans, they are separate branches of the human family tree.

The same area consumed with war and greed, is the same area occupied by the Neanderthals (see below image).

Neanderthal brains were somewhat larger than humans but were shaped a bit differently since they evolved separately for several hundred thousand years. The size and distribution of archaeological sites shows that Neanderthals spent their lives mostly in small groups of 5-10 individuals.

Neanderthals rarely made contact with outsiders or traveled outside their small home territories. Although many Neanderthal sites have rare pieces of high-quality stone from more than 100 kilometers away, there is not enough to indicate trade or even regular contact with other communities.

Neanderthals may have lacked some cognitive abilities for dealing with strangers, such as “cheater detection” and the ability to judge the value of one commodity in terms of another. Neanderthals had a smaller cognitive part of the brain and this would have limited them, including their ability to form larger groups.

Extreme or irrational fear or dislike of anything new, novel, or unfamiliar.

A principle or set of principles laid down by an authority as incontrovertibly true. It serves as part of the primary basis of an ideology or belief system, and it cannot be changed or discarded without affecting the very system’s paradigm, or the ideology itself

The dislike of that which is perceived to be foreign or strange. Xenophobia can manifest itself in many ways involving the relations and perceptions of aningroup towards an outgroup, including a fear of losing identity, suspicion of its activities, aggression, and desire to eliminate its presence to secure a presumed purity. Xenophobia can also be exhibited in the form of an “uncritical exaltation of another culture” in which a culture is ascribed “an unreal, stereotyped and exotic quality”

The St. Césaire 1 skeleton discovered in 1979 at La Roche à Pierrot, France, showed a healed fracture on top of the skull apparently caused by a deep blade wound. Researchers have taken this as evidence of the presence of interpersonal violence among the Neanderthals.

Neanderthals are believed to have practiced cannibalism or ritual defleshing. This hypothesis was formulated after researchers found marks on Neanderthal bones similar to the bones of a dead deer butchered by Neanderthals.

According to Carles Lalueza-Fox of the Institute of Evolutionary Biology in Barcelona, the individuals (three children aged from two to nine, three teenagers, and six adults) appear to have been “killed and eaten, with their bones and skulls split open to extract the marrow, tongue and brains”.

SO how does that compare with a variety of people we find today?

The Daily Mail did a story on a modern day cult that eat humans. This is not uncommon. Despite a lot of cover ups, we see this a lot, creeping into the mainstream news!

EXCLUSIVE: Face-to-face with the Satanic cult cannibal who baked his victims in meat pies – and fed one mother’s remains to her toddler daughter

Another story tells of an incest survivor who exposed the #Illuminati (1% / Elite / Neanderthals) satanists on the Oprah Winfrey show.

Although they appear to be upstanding citizens –lawyers, doctors, police officers etc. — they engage in Satanic ritual human sacrifice, incest and cannibalism, often in synagogues. They drink blood and eat babies.

While some Neanderthals used caves for shelter, the Molodova archaeological site in eastern Ukraine suggests others built dwellings using animal bones. A building was made of mammoth skulls, jaws, tusks and leg bones, and had 25 hearths inside. 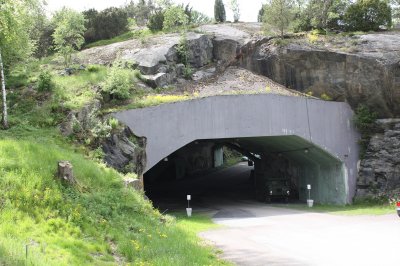 There is evidence that Neanderthals were specialized seasonal hunters, eating animals were available at the time (i.e. reindeer in the winter and red deer in the summer). Scientists have clear evidence of Neanderthal hunting from uncovering sharp wooden spears and large numbers of big game animal remains were hunted and butchered by Neanderthals. There is also evidence from Gibraltar that when they lived in coastal areas, they exploited marine resources such as mollusks, seals, dolphins and fish. Isotopic chemical analyses of Neanderthal bones also tell scientists the average Neanderthal’s diet consisted of a lot of meat.