Scientists from Harvard University believe they may have just found a way of turning Hydrogen into a Metal, a super metal with super powers!

So here’s a brief detail of this new discovery from the folk at Harvard:

Producing metallic hydrogen has been a great challenge to condensed matter physics. Metallic hydrogen may be a room temperature superconductor and metastable when the pressure is released and could have an important impact on energy and rocketry. We have studied solid molecular hydrogen under pressure at low temperatures. At a pressure of 495

We have studied solid molecular hydrogen under pressure at low temperatures. At a pressure of 495 GPa hydrogen becomes metallic with reflectivity as high as 0.91. We fit the reflectance using a Drude

We fit the reflectance using a Drude free electron model to determine the plasma frequency of 32.5 ± 2.1 eV at T = 5.5 K, with a corresponding electron carrier density of 7.7 ± 1.1 × 1023 particles/cm3, consistent with theoretical estimates of the atomic density. The properties are those of an atomic metal. We have produced the Wigner-Huntington dissociative transition to atomic metallic hydrogen in the laboratory.

The properties are those of an atomic metal. We have produced the Wigner-Huntington dissociative transition to atomic metallic hydrogen in the laboratory.[/box]

So what could such a metal be used for ?

Well here is an excerpt from an article in The Independent:

And it could also allow humanity to explore outer space as never before.

But the prospect of this bright future could be at risk if the scientists’ next step – to establish whether the metal is stable at normal pressures and temperatures – fails to go as hoped.

Let us hope this revolutionary new discovery actually leads to something progressive fo human society rather than closed down and forgotten about. Countless new discoveries have been celebrated and then quickly snubbed out, never to be heard of again over the last several decades.

Knowing the historical past of the human race though it is highly likely if this discovery can offer some serious power gain it will be used in War, that is the way of (evil) men! 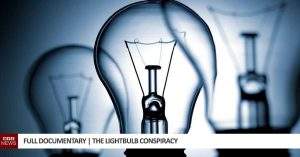