The British star tennis player, Laura Robson has been caught up in the deadliest mass shooting in US history, in Las Vegas

Mysteriously, Andy Murray, the former world number one, British tennis player, was caught up in the Dunblane school massacre, the deadliest mass shooting in British history, which resulted in a British gun ban.

Sixteen children were murdered along with their teacher on 13 March 1996 when Thomas Hamilton broke into the gymnasium of Dunblane primary school armed with four handguns and 700 rounds of ammunition and began shooting at a class of five- and six-year-olds. The young Murray, then eight, and his brother Jamie, two years older, were in the school at the time.

Laura Robson won a silver medal in the mixed doubles at the 2012 London Olympics playing with Andy Murray, with whom she also reached the 2010 Hopman Cup final. 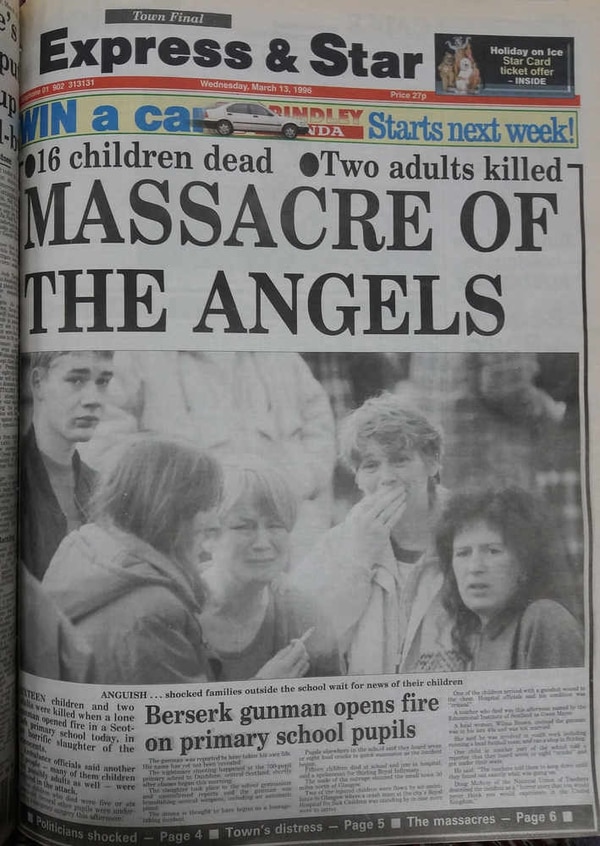 What are the odds? Two of the best British tennis players in history, who also play together in major competitions, both being involved in the two separate and the most deadly shootings in history, thousands of miles apart decades apart? More than one shooter. One shooter was in the parking lot.

*Notice how the reporters tried to dismiss what the witnesses had said by reaffirming the official narrative that there was “just one shooter from the 32nd floor”.  At no point did the reporters ask for more details on what is undeniably the most important witness statement yet. They didn’t seem to care about this very important crucial and unreported eye witness statement. That’s not journalism. That’s narrative building and very suspicious.

Shots being fired from a lower floor were filmed.

Multiple videos show shoots being fired from lower floors. This has not been reported in the mainstream news or acknowledged in official reports. Why?

See more at The Truther.

Video appears to show muzzle flashes coming from a lower floor of the Mandalay bay hotel then was reported by Las Vegas authorities and main stream media sources.

Posted by TheTruther.us on Monday, 2 October 2017

Stephen Paddock appears to have the number 13 tattooed on his neck. Was he part of a Luciferian cult?

At the Harvest Festival. 23,000 gathered in Americans Sodom and Gomorra, nickname sin city on the first day of the pagan 5th age, there was a mass sacrifice right in front of the King of Babylon Nimrod’s altar. Many know US created ISIS, funded, armed and they are truly hired militant. Quickly the blame goes to ISIS to cover up our satanic governments sacrifice unto their pagan gods. And as usual everything is done “in plain sight”

Stephen Paddock farther once on the FBI’s most wanted list. The BBC and other mainstream news organisations call Stephen Paddock an actor.

Is this a deliberate, “in-plane-sight” clue? *Please report, in the comments section, videos that get taken down. We will try and find replacements.

Now the question is, based on these facts, why is the official narrative so different? Why is the mainstream news painting an obscure picture that doesn’t fit actual events?

That has to raise some eyebrows. And undoubtedly, more mysterious information will come to light over the coming days and weeks.

Something is seriously wrong with the mainstream and the official narrative. WHY?

Love your website and the work you put in to it.

Second video of the shooter on the floor underneath is unavailable.

These videos were recorded by Kaster Lynch & Bell attorneys, it shows the Alex Jones Deposition of Lewis v. Jones.

Max Igan | Christchurch – How They Did It

Max Igan breaks down the events that unravelled on footage filmed by Brenton Tarrant in the tragic shootings that occurred on 15th March 2019 at a Mosque in Christchurch, New Zealand.

The Rise and Fall of the ‘False Flag’ Narrative

A false flag is a covert operation designed to deceive; the deception creates the appearance of a particular party, group, or nation being responsible for some activity, disguising the actual source of responsibility.

Reports are just coming in from various news sources of a shooting in the Dutch City of Utrecht. The shooting occurred on a Tram with several injuries reported so far.

Australian Gunman Brenton Tarrant who killed 50 people in a violent gun attack at two mosques in Christchurch, New Zealand on Friday has been arrested and is safely behind bars, however, the days that have followed this tragic event have opened the doors for yet more censorship.

Richard D. Hall extends his initial investigation into the alleged murder of the Labour MP Jo Cox in 2016 just weeks before the UK public went to vote in the EU Referendum.