CDC Discredited And Should Be Suspended Pending Investigation The Centers for Disease Control and Prevention (CDC) is under fire again with allegations of unethical practices.

A group of Scientist’s who work at the CDC have written a letter to the chief of staff at the CDC stating their concerns over how the CDC is being influenced and shaped by outside parties and rogue interests.

It seems that our mission and Congressional intent for our agency is being circumvented by some of our leaders. What concerns us most, is that it is becoming the norm and not the rare exception. Some senior management officials at CDC are clearly aware and even condone these behaviors. Others see it and turn the other way.

Some senior management officials at CDC are clearly aware and even condone these behaviors. Others see it and turn the other way.

Some staff are intimidated and pressed to do things they know are not right.

This small segment of the letter is enough to warrant a full suspension of the CDC’s activities pending investigation. The CDC are the all encompassing shadow which determines the state of health services offered all over the World.

It is not acceptable that they should still have the ability to make decisions, literature, and guidelines which directly affect the human population’s health. It is clear they have become Corporate whores selling the lives of others for cash.

If the first paragraph of the letter wasn’t damaging enough, it seems they were just warming up, as The Hill reports:

“Definitions were changed and data ‘cooked’ to make the results look better than they were,” the complaint states.  “An ‘internal review’ that involved staff across CDC occurred and its findings were essentially suppressed so media and/or Congressional staff would not become aware of the problems.”

The letter mentions that Congresswoman Rosa DeLauro, a Democrat from Connecticut, who has been a proponent of the program, has made inquiries to CDC regarding the data. A spokesman for her office, confirmed as much.

The complaint also alleges that staff resources that are supposed to be dedicated to domestic programs for Americans are instead being directed to work on global health and research issues.

And the complaint cites as “troubling” the ties between soft drink giant Coca-Cola Co., an advocacy group backed by Coca-Cola, and two high-ranking CDC officials – Dr. Barbara Bowman who directed the CDC’s Division for Heart Disease and Stroke Prevention until retiring in June, and Dr. Michael Pratt, senior Advisor for Global Health in the National Center for Chronic Disease Prevention and Health Promotion (NCCDPHP) at the CDC. 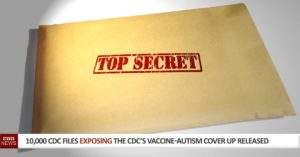