The tsunami of condemnation washing over Labour deputy leader Tom Watson has not abated for several days: quite apart from the right-leaning part of the Fourth Estate, some of whose hacks have even spun the totally untrue story that Watson had personally forced a prosecutor to step down, has been a litany of jeering and cat-calling Tory MPs. And now has come the news that every one of those critics was wrong. 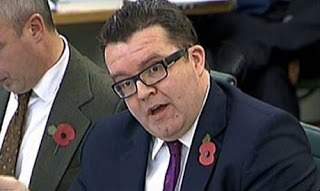 They were not merely mistaken, but unequivocally, totally, and utterly wrong. Every last one of them, from the Mail’s legendarily foul mouthed editor Paul Dacre to his talentless and unfunny churnalist Richard Littlejohn, the Spectator’s po-faced and effortlessly dishonest editor Fraser Nelson and his gofer Sebastian Payne, and shameless sell-outs like Nick Cohen and David Aaronovitch. They all got it wrong.

We know this because the CPS revealed yesterday evening that, as the Guardian has now revealed, “Tom Watson’s controversial letter to Britain’s top prosecutor did not lead to Leon Brittan being interviewed by police over sex abuse allegations”. This is not unconnected to the fact that Brittan was already being investigated. Worse for Watson’s accusers, the MP did not pressure the CPS to open or reopen the case.

The Guardian again: “Watson had previously written to the director of public prosecutions, Alison Saunders, about an allegation of rape when he learned that the police inquiry was being dropped … The CPS said it had not pressured the police, but merely passed on Watson’s letter ‘to the relevant officer for their information’ … [the letter] was received in the final week of April 2014, but it was not passed to police until the first week of June”.

This last date is highly significant: Watson has been directly accused by more than one of the more lurid and speculative press accounts of “hounding Brittan to his death”, but it has now been revealed that “Brittan was interviewed by Met detectives on 30 May”. You read that right: he had already been interviewed by the Police before they received Watson’s letter. Labour’s deputy leader did not “hound” anyone.

The CPS has stated “The CPS at no point made any request to the Metropolitan Police Service (MPS) that they reopen their investigation into Lord Brittan in relation to complaints highlighted by Tom Watson MP … Lord Brittan was interviewed by the MPS before the CPS had forwarded the correspondence from Mr Watson”. Of course, those making all the accusations against Watson could have checked this out. They chose not to.

So one has to put the question to the Mail, Times, Telegraph and Sun: just what part of the phrase “investigative journalism” do you not understand? Moreover, what other conclusion can the genuinely disinterested observer now reach, other than that this has been a coordinated hit-job by the press and its useful idiots on a supporter of properly independent press regulation? Because that is all it is.

And what about that apology they all demanded from Tom Watson? You won’t be seeing that any time soon. Being part of the press establishment means never having to say you’re sorry.