The leader of the Sunni militant jihadist organisation known as the Islamic State of Iraq and the Levant, which controls territory in western Iraq, Syria, Libya and Afghanistan. The group has been designated as a terrorist organisation by the United Nations. In June 2014 he was elected by the majlis al-shura (consultative council or Shura council), representing the ahl al-hall wal-aqd (its people of authority) of the Islamic State, to be their caliph, which he claims to be.

On 4 October 2011, the U.S. State Department listed al-Baghdadi as a Specially Designated Global Terrorist and announced a reward of up to US$10 million for information leading to his capture or death. Only the leader of al-Qaeda, Ayman al-Zawahiri, has a larger reward offered for his capture or death (US$25 million). The United States has also accused al-Baghdadi of kidnapping, enslaving, and repeatedly raping an American citizenwho was later killed. Over time, there have been a number of reports of al-Baghdadi’s death or injury; however, none have been verified. [Source]

On this edition of The Geopolitical Report from Newsbud, Kurt Nimmo examines the Islamic State’s al-Baghdadi and the role played by the Pentagon and CIA in creating terrorist Frankensteins designed to keep the war on terror alive. 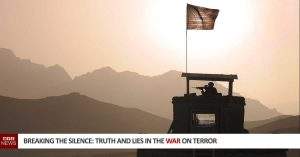