They alleged he worked for Liwa al-Quds, a Palestinian-Syrian pro-Ba’ath government group who fight against ISIS and Al-Nusra.

Liwa al-Quds refuted this and claimed the child was a Palestinian refugee who was kidnapped.

A report published by the human rights group Amnesty International this month, documents a series of very serious human rights violations committed by Nour al-Din al-Zinki terrorists group, which include abductions, torture and executions of civilians, journalists and humanitarian workers.

The group benefited from financial and military support from the US, UK, France, Turkey, Qatar and other Gulf Arab states.

Before the boy is murdered, he is tormented and slapped about in a pre-execution torture routine typical of middle Eastern terrorist groups.

In a second video, the US backed rebel grabs the boy by his hair and pushes him down to the floor of the pick-up truck, then begins to saw his head off with a knife. Once the boy’s head is separated from his body, the terrorist raises it up to a cheering crowd.

WARNING: VERY GRAPHIC. Do not watch this unless you have a good reason. It may leave you with psychological issues.

Nour al-Din al-Zinki received financial and arms support, including anti-tank missiles, from the U.S., UK, Turkey, Qatar and Saudi Arabia as part of a group of so-called moderate opposition factions working with a logistics hub partly run by the CIA.

No doubt the mainstream news and Western governments will quickly spin this for political gain or to cover up the fact that these terrorist groups are proxy armies for the West.

But the reality is, Theresa May, David Cameron, Barack Obama, George Bush, Hillary Clinton, and Manuel Valls all seem to take great pride stealing your hard earned tax money to fund this terror. 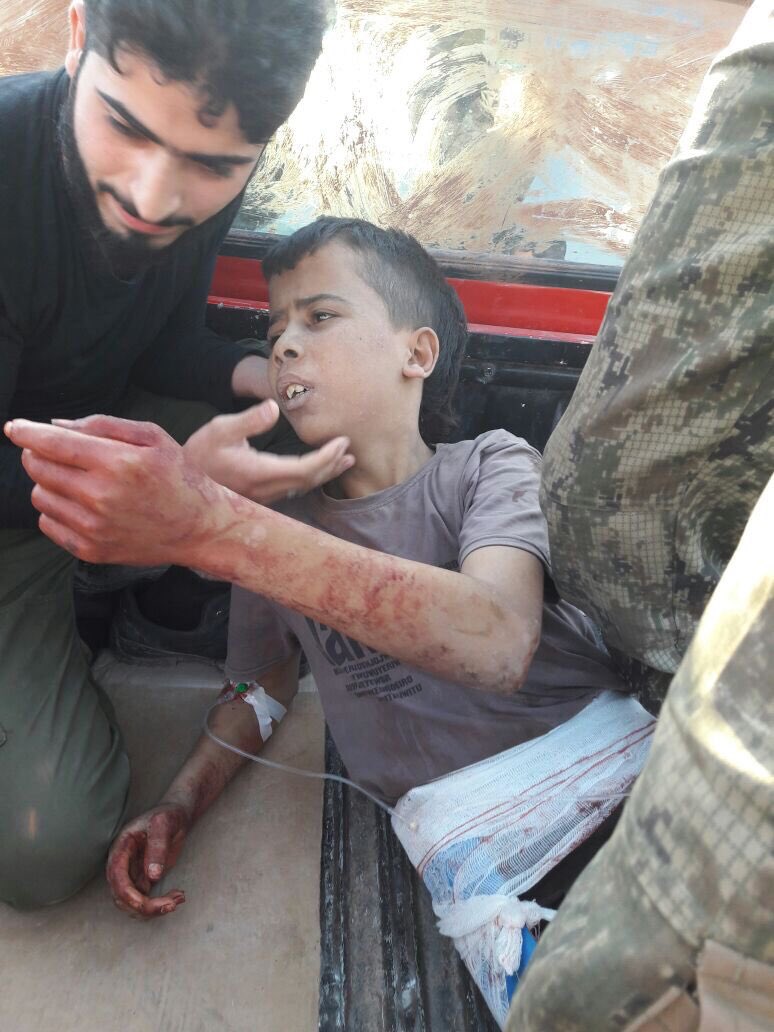 The US says it may reconsider its affiliation and support for the Syrian opposition if reports of anti-Assad rebels beheading a Palestinian boy are confirmed. The State Department has vowed “consequences” if the gruesome videos of the death are true.

How Long Will We Put Up With This Evil From Our Own Governments?

How long will we put up with this Satanic evil. Are we as a people that sleepy? Do we not see what is going on? Do we not care? We sure seem to when we see the repercussions on our door steps.

It’s going to get a lot worse. The world is run by a Satanic aristocracy, controlling your minds. They use clever psychology to manipulate you into enslaving yourselves in a world of inequality, illness, death and depression, while they sit on their gold plated chairs eating the finest foods with so much money they can do anything they want while we all suffer.

Look how happy Killery Clinton was when they murdered and raped Gaddafi without trial?

She was so happy. Only a satanist would be this happy.

More on the evil Clinton’s:

It’s time to stop this EVIL!