Remote ‘Kill Switch’ To Immobilise HGVs Is Being Secretly Developed Kill switches in Vehicles are nothing new and the technology is already there, the problem has always been trying to justify it being fitted as a compulsory measure.

A remote ‘kill switch’ to immobilise HGVs is being secretly developed by Government scientists who fear a Nice-style massacre in the UK.

They are investigating methods of interfering with the electronics of lorries to stop them in their tracks if hijacked or used in an attack.

They fear Islamic State militants could try to emulate the horrific strike in France which left 86 people dead in July.

Why Government Scientists need to secretly develop such things is unknown, since firstly the technology already exists and secondly the British press have just told everyone the secret.

Banks have been using a similar technology in the US for years on Cars brought with loans:

One spring evening in 2012, after getting off a shift at Señor Frog’s bar and grill in Las Vegas, Candice Smith drove to the Palace Station casino to cash her paycheck. When she returned to her car, it wouldn’t start. She knew what the problem was: the starter kill switch her lender had installed on the vehicle. To restart the car after business hours, she needed to call the device manufacturer’s hotline number and get an unlock code. That night, the process took four hours.

It’s been suggested that a ‘Kill Switch’ device was used to murder Investigative Journalist, Michael Hastings, back in 2013. Hastings Mercedes blew up just after friends received very scared calls from Hastings. Hastings believed the Government were after him due to the nature of his work. At the time Hastings was working on a Documentary about Whistleblowers.

According to a prominent security analyst, technology exists that could’ve allowed someone to hack his car. Former U.S. National Coordinator for Security, Infrastructure Protection, and Counter-terrorism Richard Clarke told The Huffington Post that what is known about the single-vehicle crash is “consistent with a car cyber attack.”

Clarke said, “There is reason to believe that intelligence agencies for major powers” — including the United States — know how to remotely seize control of a car.

If we didn’t have a reason for such devices being mandatory in all vehicles before 2016, then we do now – Problem, Reaction, Solution 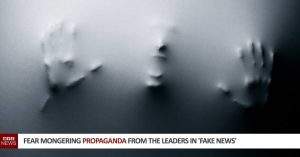