This is not at all surprising, as we said back in June when the results came in that the public decided to leave the EU, it’s unlikely to happen.

Article 50 has still not been triggered, Theresa May is ‘claiming’ she fully intends to trigger Article 50 in March 2017.

Today a Court ruling has decided that Parliament must vote on whether to leave the EU – which in effect makes the entire referendum a pointless charade. The referendum results will now be disregarded and the decision is back into the hands of greedy politicians.

Parliament must vote on whether the UK can start the process of leaving the EU, the High Court has ruled.

This means the government cannot trigger Article 50 of the Lisbon Treaty – beginning formal exit negotiations with the EU – on its own.

A statement is to be made to MPs on Monday but the government says it has no intention of letting the judgement “derail Article 50 or the timetable we have set out”.

Brexit Secretary David Davis said he presumed the court ruling meant an act of Parliament would be required to trigger Article 50 – so would be subject to approval by both MPs and peers.

But the government was going to contest that view in an appeal, and said the referendum was held only following “a six-to-one vote in the Commons to give the decision to the British people”. [BBC News]

Theresa May is playing the heroic defender of the British Peoples decision, but this is nothing more than theatrics, no one within the top end of the power structure will sit back and let the UK leave the European Union, to do so would go against everything they strive for – and whether Theresa May can be classified as ‘Top end of the Power Structure’ or not she is fully aware that the odds are stacked against leaving.

One interesting point worth making is about one of the two High Court Judges, Lord Chief Justice Lord Thomas, his decision could be argued as biased as he has a huge involvement in European law:

Thomas is one of the Founding Members of the European Law Institute, a non-profit organisation that conducts research, makes recommendations and provides practical guidance in the field of European legal development with a goal of enhancing the European legal integration [Wikipedia]

Since the news has come in odds of a second referendum before 2019 have halved:

Bookmakers Paddy Power have halved the odds of a second EU referendum taking place before 2019 after the High Court ruling on Brexit this morning.

Meanwhile, the pathetic media contradict each other one another with made up stories to suit their personal views, The Independent today report:

A majority of voters now want the UK to remain in the EU, a poll has suggested.

While The Express go with the headline:

Don’t expect this shambles to be over anytime soon, the case is back in Court in early December as the Government has contested the decision (more delay), at which point they will loose and the decision will then be forced to go through parliament. How Parliament goes about handling this will then need to be decided. It’s more than likely it’ll be a close result in parliament giving no real conclusion to which way to go, leading to more delays. 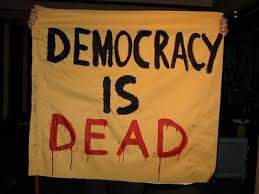 This is all by design, by ignoring the democratic process that occurred at the referendum, a change in the perception of democracy has occurred to the masses. Of course, in reality, it is not democracy at all ; but the majority will be unable to accept that we are NOT in a democracy and will attempt to justify this latest news as ‘part of the Democratic process’.

A One World Government is the ultimate goal and this is all just psychological preparation for the public, so they accept it willingly!

We are seeing the same happen in the current US elections, two candidates, both hated by half the nation, yet one will be the next president. That is not Democracy.