Wikileaks have released the second batch of the ‘Podesta Emails’, however, this time, it’s revelations are less political and more of an Extraterrestrial nature.

“Because the War in Space race is heating up, I felt you should be aware of several factors as you and I schedule our Skype talk,” Mitchell, who died in February, tells Podesta in the mails from 2015, before mentioning a “nonviolent” alien species that wishes to share with mankind “zero point energy.”

Now most of us accept that ET contact has most likely been made by humans and that ET technology has been learnt from these contacts, however, it’s fair to assume that very few people are privy to such information.

Do we really believe this kind of information would be thrown about around Government email networks?

The truth isn’t that out there: #Aliens existed in the past https://t.co/NeOsHNuK0q pic.twitter.com/JY7ufBMTgL

The article from RT News continues:

Terri Mansfield, who describes herself online as “the Director of the ETI (Extraterrestrial Intelligence) Peace Task Force” is also mentioned in one of Mitchell’s emails.

Referred to as Mitchell’s “Catholic colleague,” Mansfield is also said to be attending the meeting with Podesta “to bring us up to date on the Vatican’s awareness of ETI.”

On her website, Mansfield describes ETIs as being “the highest form of intelligence working directly with God.”

Mitchell, who includes in his email signature that he’s the “6th man to walk on the Moon,” warns Podesta that the“nonviolent ETI” are helping to share zero point energy with Earth but will not “tolerate any forms of military violence on Earth or in space.”

Is it possible this information has been planted as a distraction or discrediting tactic by the US Government? 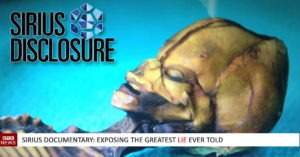