The World sits and waits in anticipation as Donald Trump and Kim Jong Un face-off in what seems like the most bizarre theatrical opening to conflict the World has ever seen.

The question is will either of these fools actually show their hand, or will they just keep comparing the size of their substitute manhood.

I have great confidence that China will properly deal with North Korea. If they are unable to do so, the U.S., with its allies, will! U.S.A.

It seems China has indeed attempted to crackdown on North Korea and their behaviour:

For the first time, the Chinese government appears to have laid down a bottom line with North Korea and is threatening Pyongyang with a response of “unprecedented ferocity” if the government of Kim Jong-un goes ahead with a test of either an intercontinental ballistic missile or a nuclear device.

In an editorial in the semi-official Global Times on April 12, Pyongyang was put on notice that it must rein in its nuclear ambitions, or else China’s oil shipments to North Korea could be “severely limited.” It is extraordinary for China to make this kind of threat.

For more than a decade, as part of its strategy to prop up one of its only allies, China refused to allow the UN Security Council to even consider cutting oil shipments to the North. Beijing’s calculus was that the maintenance of the North Korean regime took precedence over everything. Now Beijing seems to be reconsidering its position.

Perhaps even more significantly, on April 5, the Global Times, which is owned by the People’s Daily, the official mouthpiece of the Chinese Communist Party, laid out what it called China’s “bottom line” on the increasingly tense situation on the Korean Peninsula.

First, the editorial said “the safety and stability” of China’s northeast must be assured. To that end, the editorial continued, no North Korean nuclear fallout can be allowed to “contaminate” the region.

Second, North Korea cannot be allowed to “descend into the kind of turbulence that generates a huge outpouring of refugees,” the editorial said, adding that China will also not allow “a hostile government” in Pyongyang.

It concluded by vowing that Beijing would not tolerate a US military push toward the Yalu River.

China has never before listed in such clear, albeit semi-official, terms what it wants for the Korean Peninsula. It’s never before hinted that it would oppose the formation of a government hostile to Beijing’s interests next door.

Today however, we see North Korea flaunting their new missiles which are capable of striking American Mainland. The new long-range weapon, the KN14, was the centrepiece of the show at a military parade in the North Korean capital:

It is worth keeping in mind that all of this could be no more than just a show of power, with both sides being fully aware that no actual conflict will occur.

It would be worth keeping an eye on other news, it is entirely possible this is no more than a distraction intended to keep the masses preoccupied.

We’ll keep you posted with details if anything significant occurs, however, most likely this is no more than a couple of fools letting off hot air. 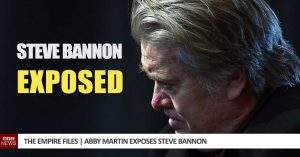